We fuel the best ideas in cancer care beyond medicine, sparking innovation to improve care for people with cancer, their caregivers, and the broader oncology community.

About the C3 Prize™

Cancer is complex. Astellas Oncology recognizes the complexities of the cancer journey – in addition to medicine, people with cancer need comprehensive care.

That’s why we committed to fueling big ideas that tackle everyday challenges in cancer care beyond medicine. The C3 (Changing Cancer Care) Prize sparks the growth of developments to improve cancer care for people with cancer, caregivers and their loved ones by awarding $200,000 in grants and resources to advance ideas that make a big impact in the cancer community. The C3 Prize directly reflects the mission of Astellas Oncology: to make every day better for those impacted by cancer.

C3 Prize in the News

“Cancer touches so many people, so many lives, in so many ways and I wanted to make a difference… After Giuliana got through her breast cancer, we both said we were going to try to make this journey easier for the people behind us.”

“The reason we do this program is we want to provide impact beyond medicine for patients living with cancer. Our medicines are only part of the solution, probably a relatively small part of the solution actually. By doing this innovation contest hopefully, we can bring forward and nurture some ideas that will help patients and their caregivers.”

“The Astellas Oncology C3 Prize impacted b-present in several important ways including putting us on the map, giving us resources to improve our technology, increasing our reach, and improving our storytelling.”

Sign up to receive occasional updates on C3 Prize news.

Learn more about how you can get involved with the C3 Prize, including how you can submit your great idea to change cancer care.

Meet the Winners of the 5th Annual C3 Prize 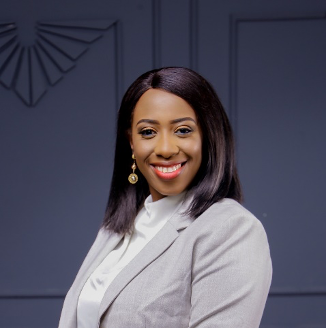 Idea: An app that connects cancer patients with the specialists and hospitals they need to access care.

Oncopadi is centered on democratizing cancer information and care through technology so that people can find out they have cancer and receive treatment earlier, before the cancer has progressed. The Oncopadi mobile cancer app is a digital patient navigator that provides telemedicine, symptom tracker, patient educational materials, and a supportive online cancer support group.

Omolola Salako is an innovator who aims to solve complex problems in cancer care. Her personal journey to change cancer care started in 2003, when her sister was diagnosed with advanced kidney cancer and passed away in less than 3 months. The experience drove her passion and ultimately, her profession. Now, she is focused on building a safe space for people affected by cancer. Omolola believes that anyone diagnosed with cancer should have instant access to accurate cancer information and support. 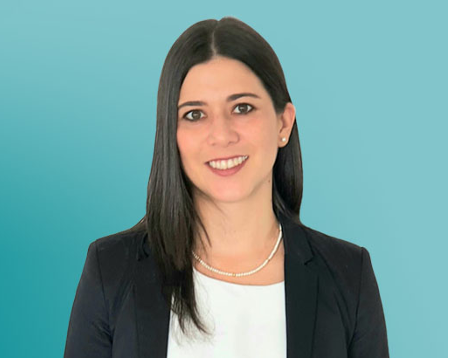 Idea: A mind-body therapy app designed to help address challenges and improve care and overall experience for cancer patients on their journey.

Healing Presents is a mobile cancer app with mind-body therapies, that implements awareness, quality of life, and psycho-physiological wellbeing during each moment of the cancer journey. "It is carefully designed to help address emotional challenges and is meant to improve the care and the overall experience of cancer patients.

As a cancer survivor and now as a medical doctor with integrative medicine studies at Harvard University and the University of Arizona, Dr. Valeria Arango Velez understands firsthand the emotional needs that patients experience during their cancer journey. She created Healing Presents based on her own personal and professional experience, and to positively impact and improve cancer care. Her goal is to help people live happier and healthier lives with more mindfulness. 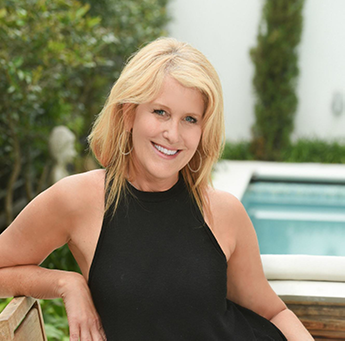 Idea: A narrative therapy storytelling course that helps cancer patients articulate their life’s journey, find their inner strength and encourage others with cancer.

You Night Empowering Events helps women embrace life beyond cancer, knowing that mental and emotional care is an overlooked but necessary part of cancer care treatment. The Story Crafting E-Course is designed to bring survivors together virtually to share their stories, find their inner strength and encourage others who have been diagnosed with cancer. They believe that the lives of people living with cancer can be changed for the better simply by articulating their experience so that other people can understand that experience.

Lisa McKenzie is the Founder and Executive Producer of You Night Empowering Events. She believes in the power of storytelling and wants to remind people that they are more than their cancer diagnosis.

Nurturing grassroots ideas has resulted in incredible impact over the years. Our innovators have been able to help those with cancer—and their loved ones—in ways we never would have imagined on our own. 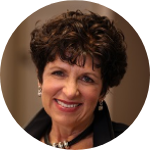 Idea: Expand the reach and impact of Nanny Angel Network, which delivers free, specialized childcare for mothers with cancer. 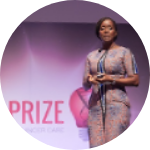 Idea: Produce timely, culturally relevant, relatable information via a first-of-its-kind digital audio series with local actors that addresses common barriers and myths to breast cancer treatment, which are of value to patients in Nigeria. 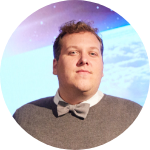 Idea: An augmented reality app to help solve common issues faced by pediatric patients and their parents around both education and physical engagement.

“With the Astellas Oncology C3 Prize we will be able to perform more users’ tests in order to prove the association between the use of this video game and hospitalization time. The award will also allow us to launch the parents and caregivers app in three different languages: English, French and Portuguese.” 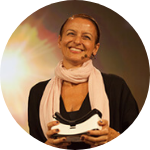 “The C3 Prize provided my company with the resources needed to complete development of a new virtual reality module, as well as invaluable exposure for our idea. Being part of the C3 Prize has been such a rewarding experience that we named the new module ‘Stella’ in honor of the company that made it possible.”

Meet the Judges of the 5th Annual C3 Prize 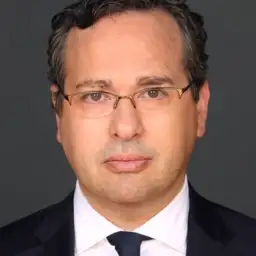 Steve Alperin is the CEO of SurvivorNet, a consumer-focused media platform that has brought experts from the top comprehensive cancer centers together in one place online. He co-founded SurvivorNet to help people struggling to connect with the right doctors and the right information when faced with a cancer diagnosis. The idea for SurvivorNet was spurred from his father's cancer diagnosis and the absence of clear information about it. The company aims to empower those looking for answers by bringing the best medical advice from premier doctors around the world directly to users.

Steve has spent twenty years managing large national news outlets in the U.S and creating innovative digital platforms. He previously served as the Head Writer and Producer for ABC's World News Tonight with Peter Jennings and the Managing Editor of ABCNews.com. Steve has created thousands of hours of programming for television and digital and worked to develop content for major brands across healthcare and media; including Yale, MSNBC, Showtime, Tesaro/GSK, and Novartis. He has been recognized for excellence in journalism with The Writers Guild of America, Dupont, and Edwards R. Murrow awards. Steve received a Bachelor’s in government from Harvard and an MBA from Columbia Business School. 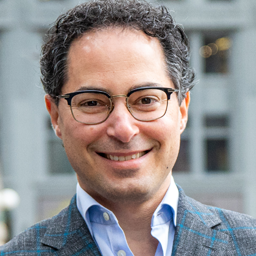 Prior to assuming his current role, Steven was senior vice president at Pritzker Group, the investment firm led by Tony and J.B. Pritzker. In that capacity, he led the team that created 1871, Chicago’s center for digital startups that now houses more than 400 early-stage companies. He previously worked at Abbott in a variety of domestic and international functions, including product management, policy and public affairs. In 2005, Steven helped found ConstantWellness.com to give patients control over their health data and allow healthcare providers to coordinate care of their patients. Prior to Abbott, Steven served as legislative assistant to U.S. Senator Carol Moseley-Braun.

Steven holds an MBA from Northwestern University’s Kellogg School of Management and a BA from Washington University in St. Louis. He serves on the boards of 1871, Hubbard Street Dance Chicago and the Chicago High School for the Arts, and is a member of ChicagoNEXT, Mayor Lori Lightfoot’s council on technology and innovation. He is also a Leadership Greater Chicago fellow and a member of the Economic Club of Chicago and the Commercial Club of Chicago. 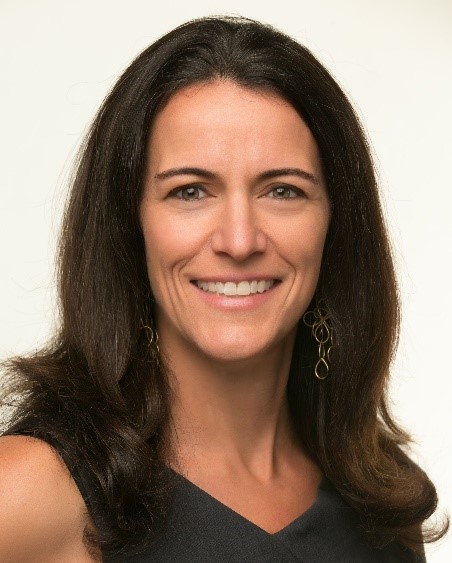 Margaret Laws is a catalytic leader in health care, forging cross-sector partnerships that drive positive social impact. She is the President and CEO of HopeLab, where she leads a team to create science-based technologies to improve the health and well-being of teens and young adults. Margaret also founded the CHCF Health Innovation Fund, a mission-focused investment fund supporting companies that improve access to and lower costs of health care.

Margaret is passionate about bringing together government, nonprofit and private-sector stakeholders interested in advancing the role technology can play in supporting and improving health outcomes, with a particular focus on underserved populations. 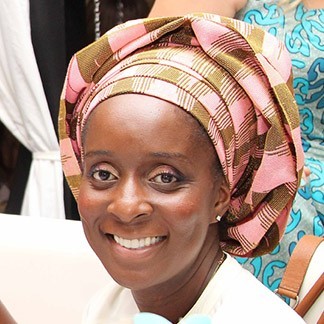 Dr. Ebele Mbanugo is the founder and Chief Executive Officer of Run For a Cure Africa Breast Cancer Foundation (RFCA). After her mother’s battle with breast cancer, she founded RFCA in 2009 with the vision of providing free breast cancer screenings to the underserved women of Nigeria. This program has now grown into an organization with a presence across West Africa. RFCA has provided over 14,000 free breast cancer screenings to women and men throughout Ghana, Nigeria, and Cameroon and RFCA also works with federal hospitals and local ministries of health to provide greater access to quality breast cancer care. RFCA, through Dr. Ebele Mbanugo’s leadership, established one of Nigeria’s first patient navigation programs (PNP) in 2016. This program has supported over 2,000 patients on their breast health journey. In 2016, RFCA commissioned the first and exclusive breast cancer care clinic in Nigeria at the largest public hospital in Nigeria, The Lagos University Teaching Hospital (LUTH).

She is an active member of UICC, Advanced Breast Cancer Global Alliance, and the American Society of Clinical Oncologist (ASCO). Ebele has a Master’s in Educational Administration and a Doctorate in Education. 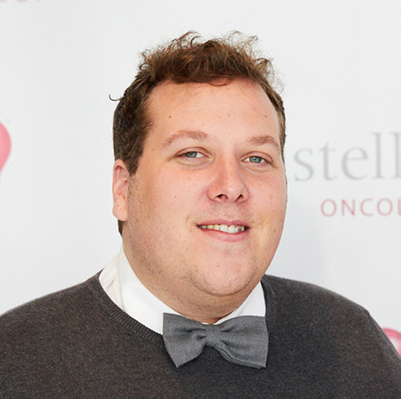 Hernâni Oliveira is a biomedical researcher in digital media and currently leads the development of the first Portuguese Health Literacy Laboratory at the University of Porto. Their mission is to increase health literacy and quality of life through the dissemination of disruptive products. He won the 2017 C3 Prize for his video game-influenced "exergaming" app, The HOPE Project, designed to increase activity levels and reduce anxiety in children with cancer during and between hospital visits. Hernâni is a cancer survivor.

Patients are at the heart of everything we do. Learn more about our commitment to the cancer community.

See our current oncology products, the innovative developments in our pipeline, and the partnerships that make it all possible.

Stay on top of the latest Astellas Oncology news.

Thank You! We'll be in touch.

You are now leaving www.astellasoncology.com. The website you are linking to is neither owned nor controlled by Astellas. Astellas is not responsible for the content or services on this site.